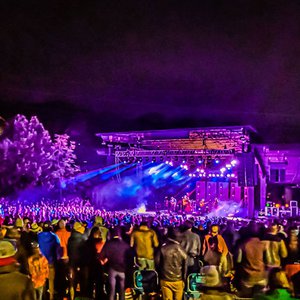 Rock Your Membership
Enter To Win

ROCK YOUR MEMBERSHIP
Enter To Win

"My husband and I have been going to concerts at Red Butte Garden for over 10 years now and it truly is our favorite amphitheatre. There are so many reasons that it's our favorite, from being able to bring in our own food and beverages (and also having the option to purchase food there when we're in a rush), to always having a great view of the stage no matter where we sit, the overall good vibes–and you can't beat the beautiful view! We have many fond memories from Red Butte, both of our children went to their first concerts there.

But it doesn't stop at the amphitheatre, we have enjoyed the many amazing trails, beautiful landscaping, and have been to many events that Red Butte Garden offers–one of our favorites is the BOOtanical Fall Festival." (Photo courtesy of Kamille C.)

Enter to win a chance to upgrade your concert experience by making an additional donation when you renew or purchase a Garden membership during our contest. Suggested donations of $25 will receive one entry to win an exclusive Concert Club Headliner Package for Two for the 2024 Red Butte Garden Outdoor Concert Series. Named both Best Outdoor Concert Venue and Best Music Series by City Weekly, there is no better place to spend the summer!

Already have a Garden membership? Purchase a Gift Membership for a loved one.

One winner will be picked at random after December 31, 2023 deadline and announced in January 2024.

Red Butte Garden staff members are ineligible to participate in this contest.

In this case, suggested donations are not considered a charitable gift.

Email membership@redbutte.utah.edu. For entry to be deemed valid, your email must include your name, phone number, and email address. Entry must be timestamped no later than Dec 31, 2023.